Mitch Barns is the former Chief Executive Officer of Nielsen (NYSE: NLSN). While he was CEO, Nielsen, an S&P 500 company, was recognized as one of the world’s “Most Innovative Companies” by Forbes magazine.

During his 5 years as CEO, Mitch led the company’s transformation from a legacy marketing and media information services firm to a digital, tech-enabled company leveraging data science, automation, and AI/machine learning. He acquired 26 businesses, to enable growth and add digital and tech talent.

Prior to his role as CEO of Nielsen, Mitch lived and worked on three continents and held leadership roles across all major parts of Nielsen’s business. He served as President overseeing Nielsen’s client service organization worldwide in 2013. From 2011-2013, he was President of Nielsen’s U.S. Media business, the company’s largest and most profitable business unit. From 2008-2011, he was President of Nielsen’s Greater China business where he led its transition to a fast-growing, standalone region. Prior to 2008, he led Nielsen business units in the U.S. and Europe focusing on new product innovation and advanced analytics. He began his career at Procter & Gamble in marketing research and brand management.

Currently, Mitch serves on the Board of Directors of the Global Leadership Network (a non-profit based in the USA operating worldwide) and the Advisory Board of Growth Catalyst Partners (a private equity firm based in Chicago and Connecticut). In early 2019, he founded Second Half Advisors, a firm that advises a variety of organizations ranging from non-profits to fast-growing businesses, primarily in the information services market.

Mitch is a graduate of Miami University in Ohio, as well as the Stanford Executive Program at the Stanford Graduate School of Business. 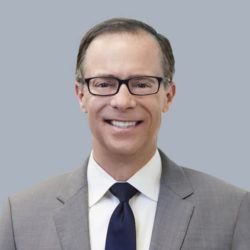